We were picked up at our doorstep in a luxury SUV, transported to Hollywood, given a private tour of Disney’s El Capitan theatre and a behind the scenes tour of Extra, and provided VIP passes to Universal Studios for lunch.

We were picked up at our doorstep in a luxury SUV, transported to Hollywood, given a private tour of Disney’s El Capitan theatre and a behind the scenes tour of Extra, and provided VIP passes to Universal Studios for lunch. Have Fun Tours made Athena and I feel like the celebrities. The owners, Lou and Jill, personally escorted us to each new location and stayed with us during the experience. They made sure we received every luxury during the tour and treated us like family. Athena and I will remain life-long friends with Lou and Jill and treasure the connections we made during the tour. The experience was arranged via Marriott’s Newport Coast Villas as one of their daily activity options from the resort. The luxury experiences available brought our Hollywood dreams to reality.

Lou and Jill arrived sharply at 8 am in a luxury Cadillac Escalade. Black with tinted windows and shiny chrome, they could have been there to pick up the President, but instead… they were there for us. Lou jumped out and opened the door, making sure Athena was situated before coming around and opening the door for me. I almost wanted to say, “You don’t need to do that”,  but I left it at, “Thank you.”

Inside, it looked brand new. It even had that new car smell. If you want to feel like a princess for the day, just get Lou to drive you around.

They had an assortment of DVD for Athena and it made the drive seem a lot quicker, even when we were in morning traffic.

Our first stop was Hollywood’s best kept secret, Disney’s El Capitan theatre. With all of the original finishes and colorful, lavish interiors, it was a step back in theatre history. We were given a private tour and I learned that Tot Tuesdays is a great way to spend the day for families with younger children. Designed for the youngest fans, these 10 am screenings feature lights that are dimmed rather than completely off and reduced sound levels. There is even a coloring station for children that are tired from the movie or need a break. I can guarantee Athena and I will become regularly at El Capitan’s Tiny Tot Tuesdays. They also host birthday parties at the theatre where you are the star of the show. To demonstrate, our guide allowed me to walk the red carpet like a birthday girl and my name was lit up on the big screen. The entire experience is like attending a movie premiere, but you are the celebrity. 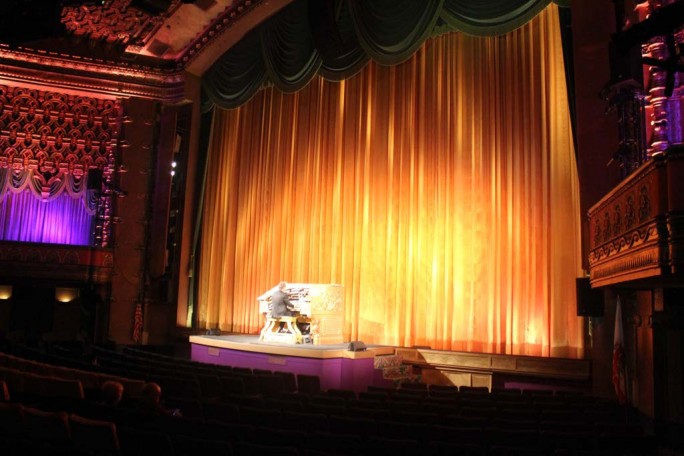 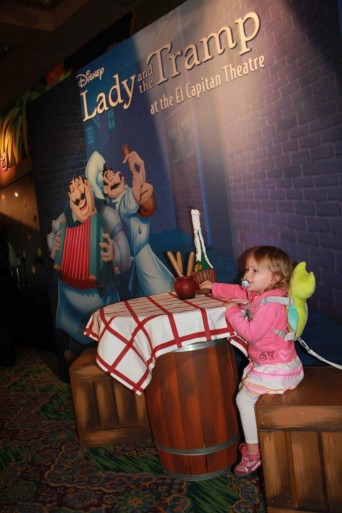 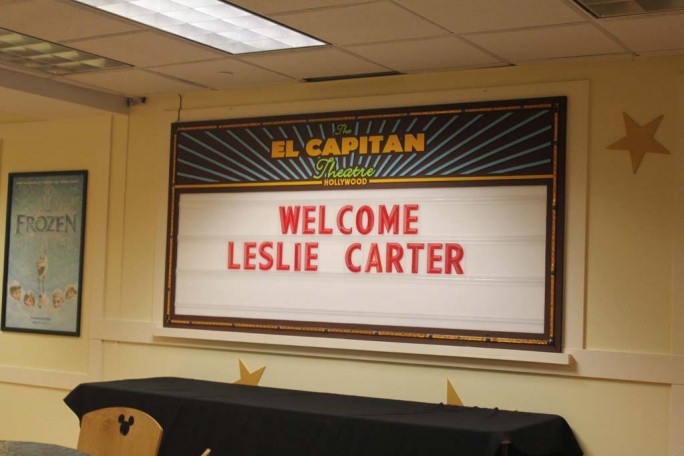 We were already so excited about our adventure that it could have ended there and we would have been happy, but what came next was above and beyond even for a luxury tour. We were escorted to the set of Extra where we met hosts Mario Lopez and Maria Menounos. When I say that we met them, we weren’t just herded behind the scenes for a quick photo. No, I actually had a fifteen minute conversation with Maria about travel and I’m now in contact with her publicist about upcoming opportunities with Maria. It was all so overwhelming that I kept thinking, “This is really happening” while trying to stay calm.  Maria, though, had a air of confidence that was relaxing. We shared a laugh about our lack of “free time” and I saw her as a real person, not just a celebrity. She was beautiful. 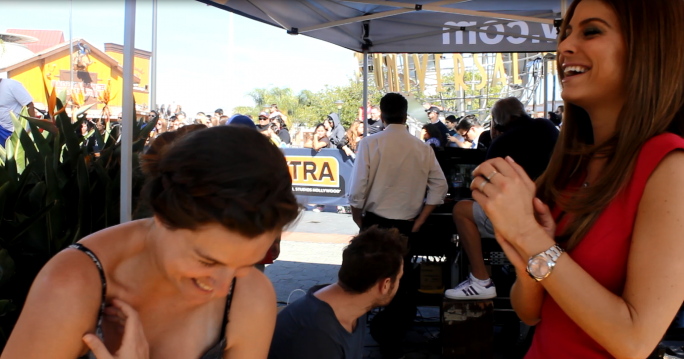 Any sense of self control and awareness went out the window when I spoke to Mario Lopez. It was Valentine’s Day and he looked at me and I felt like Kelly Kapowski (only older and not as perky). All I could do was smile. What a star-struck, tongue-tied, high school girl I turned out to be. I should be embarrassed, but then again, I met A.C. Slater so I don’t care. 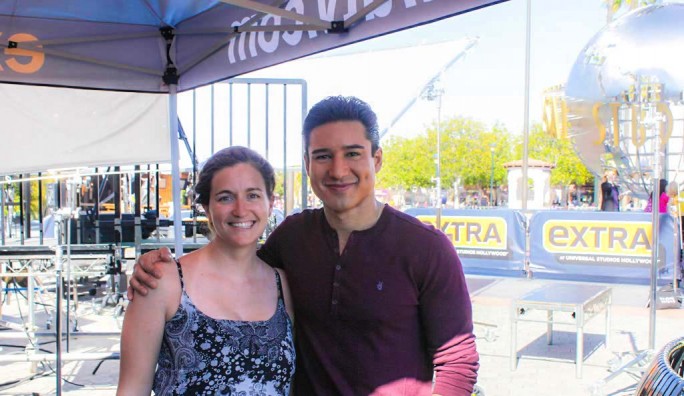 Everything after that was a haze; I was still thinking about my amazing morning. We had a VIP lunch at Universal that was delicious and Athena saw Curious George, which was equally as exciting for her as my celebrity meetings.  I’d love to share more about that because it was a great addition to the day, but once you meet Mario you’ll understand my drawing a blank.

During the entire experience, Lou and Jill remained at my side to make sure everything went smoothly. When I first walked on set, Lou introduced me to everyone and made me feel comfortable. He made it seem like I was equally important and they were blessed to be in my presence. It was something truly special. He has a give for making people feel important. When I was chatting with Maria, Jill took care of Athena and Lou took photos and videos. They were more like family than guides and it was them that made the day as spectacular as it was.

Marriott’s Newport Coast Villas offer so many unique experiences it’s difficult to decide which ones to experience, but don’t leave without touring with Have Fun Tours. You won’t just meet celebrities in Hollywood; you’ll become one.